Turning Point Indicator for NT 7 and 8

Manual Discretionary Trading System
Add to your own indicators for another confirmation.

The “Intelligent Turning Point System” is a simple 3-point system consisting of renko bars and two turning point trend indicators. It is designed to enter trades late yet see positions through and avoid early exits. A machine learning Indicator(Artificial Intelligence) that evaluates the most profitable signals out of thousands of probabilities – All of the signals are profiled. The numbers showed above and below the arrow are the percentage of each performance. Low percentage signals will not show up on the chart.

A trade is made when there are two (2) factors present in a particular order.

Marked with an arrow and direction of change to black up arrow (long). 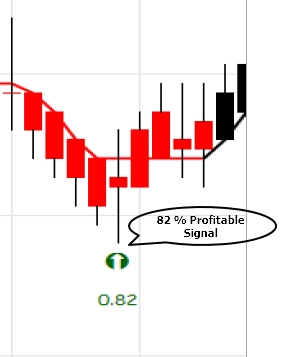 Unmarked with a visual change from red (short) to black ( long). 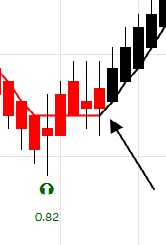 There a couple ways to trade this indicator.

Conservative – wait for first Turning Point Bar changing direction and then enter when the trend line signal turns from red to black (long). 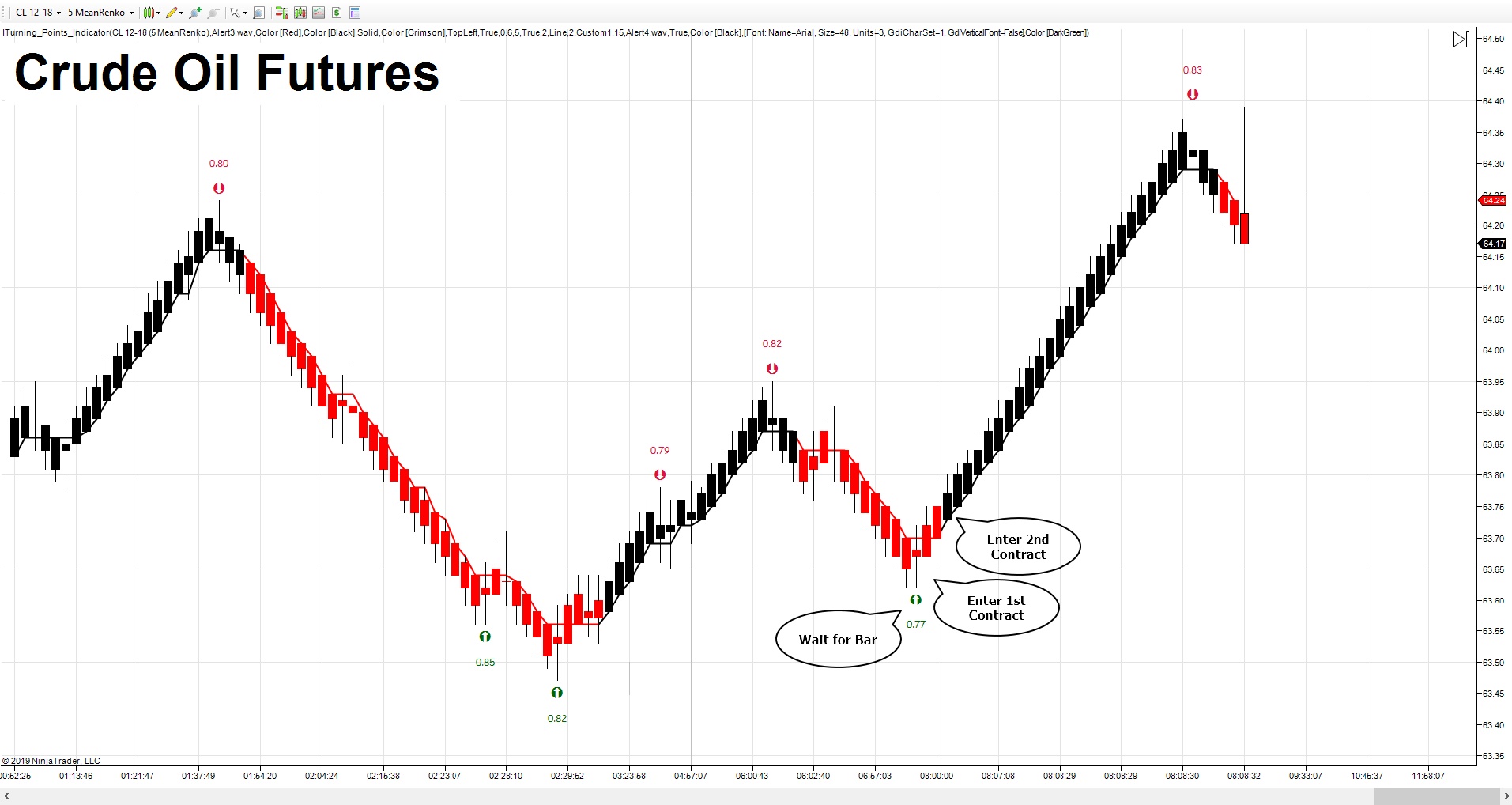 Sometimes – there is a major turning point and no Turning Point signal. Oh well – don’t take it. Wait for the signal 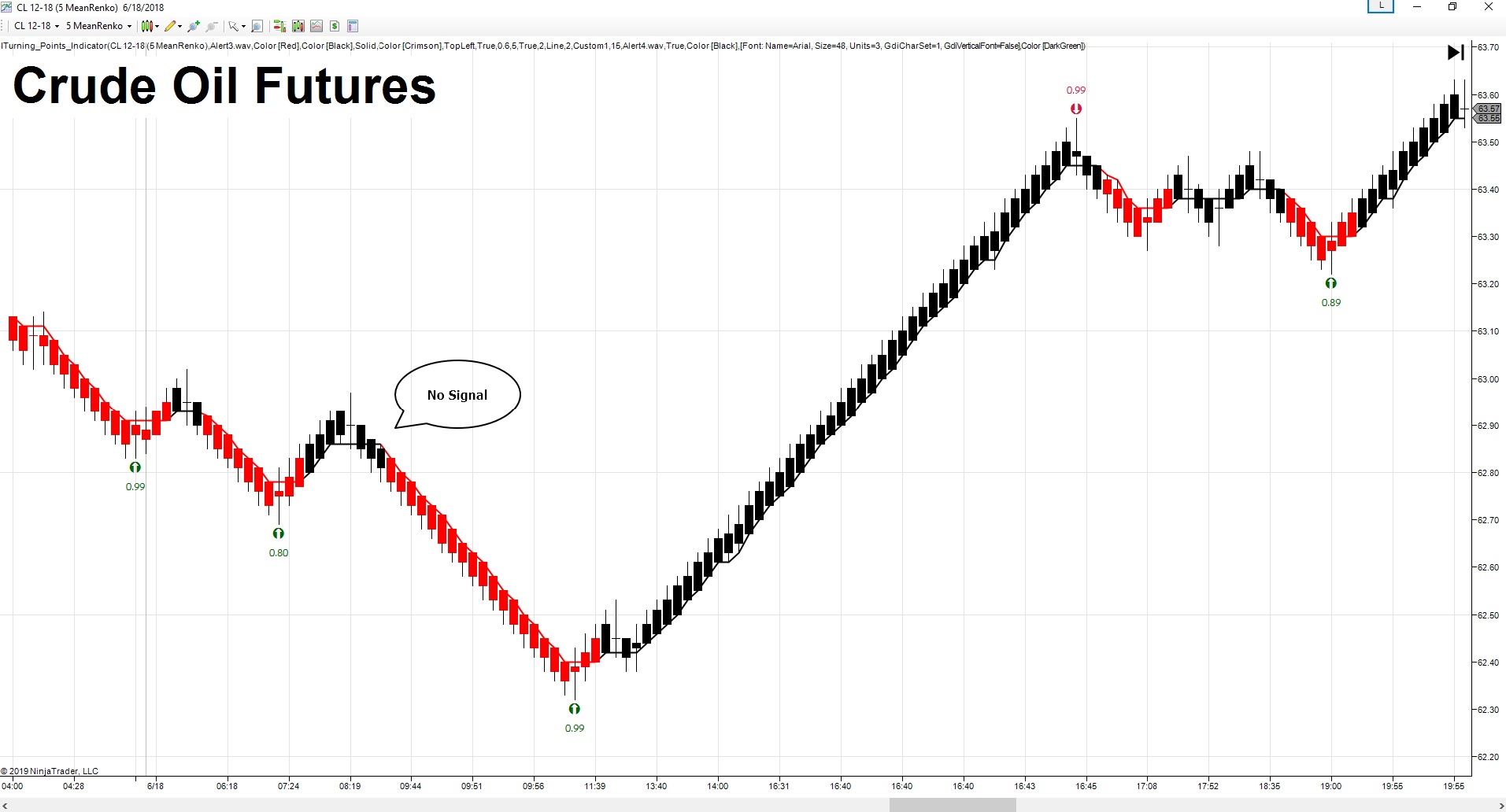 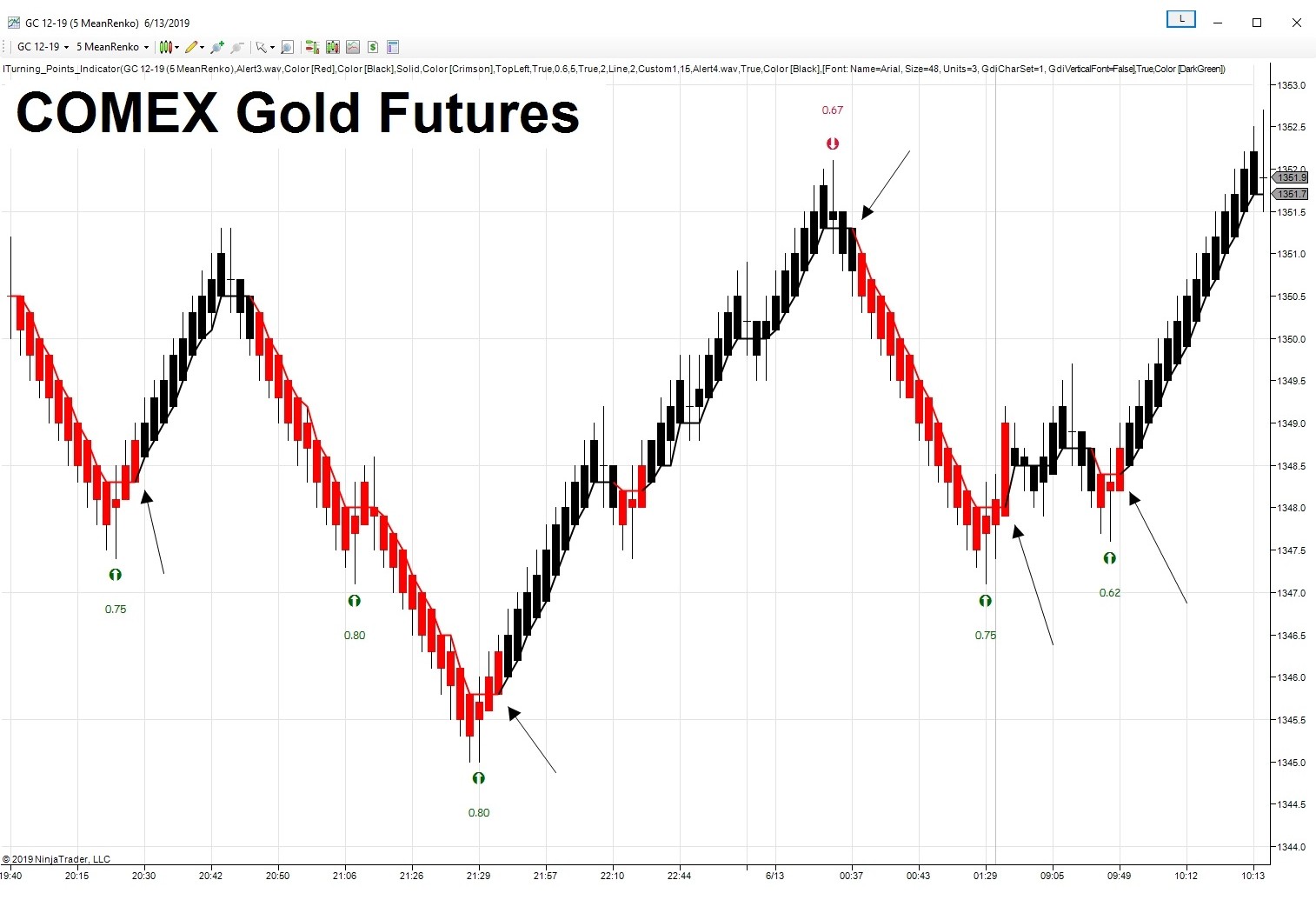 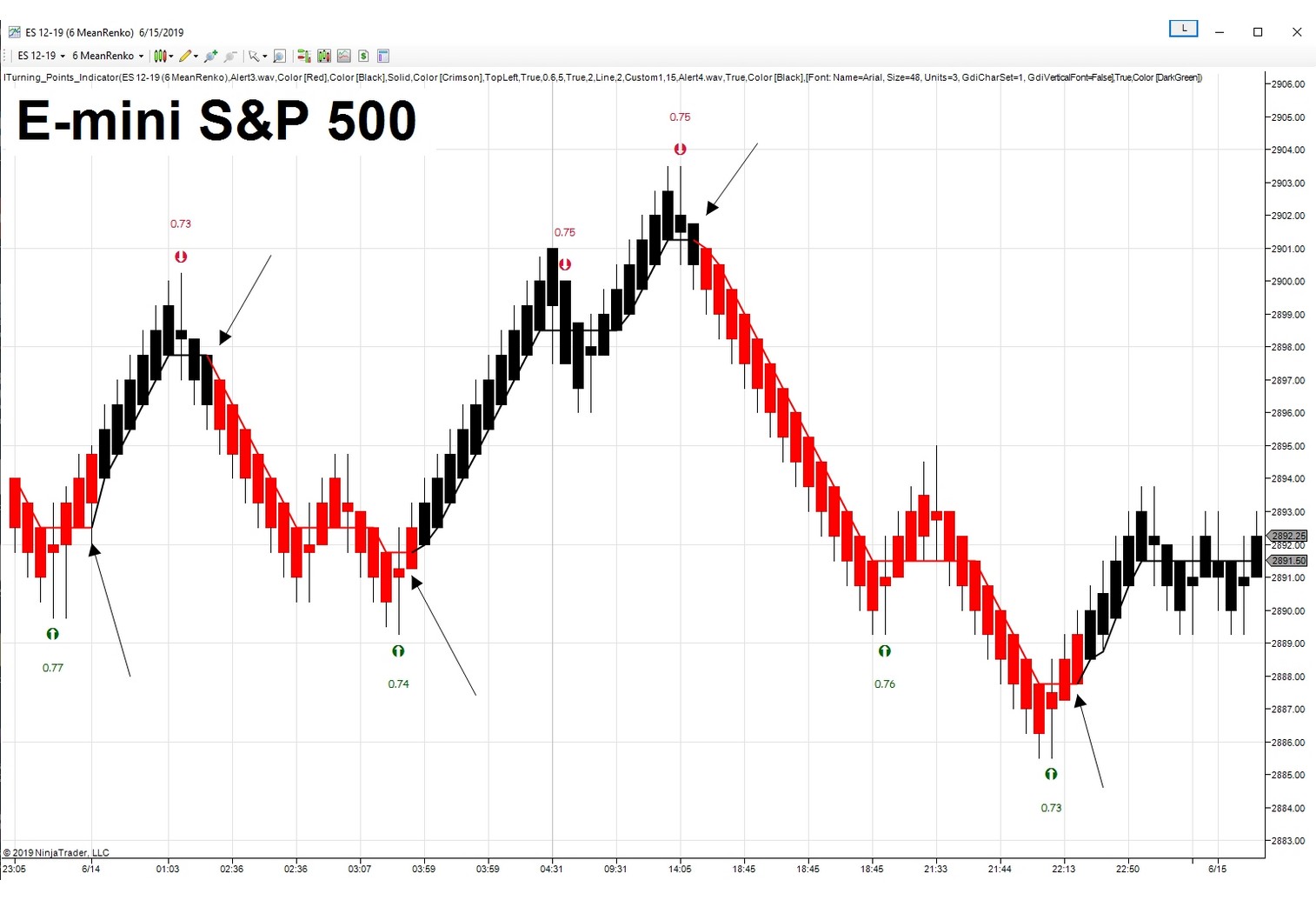 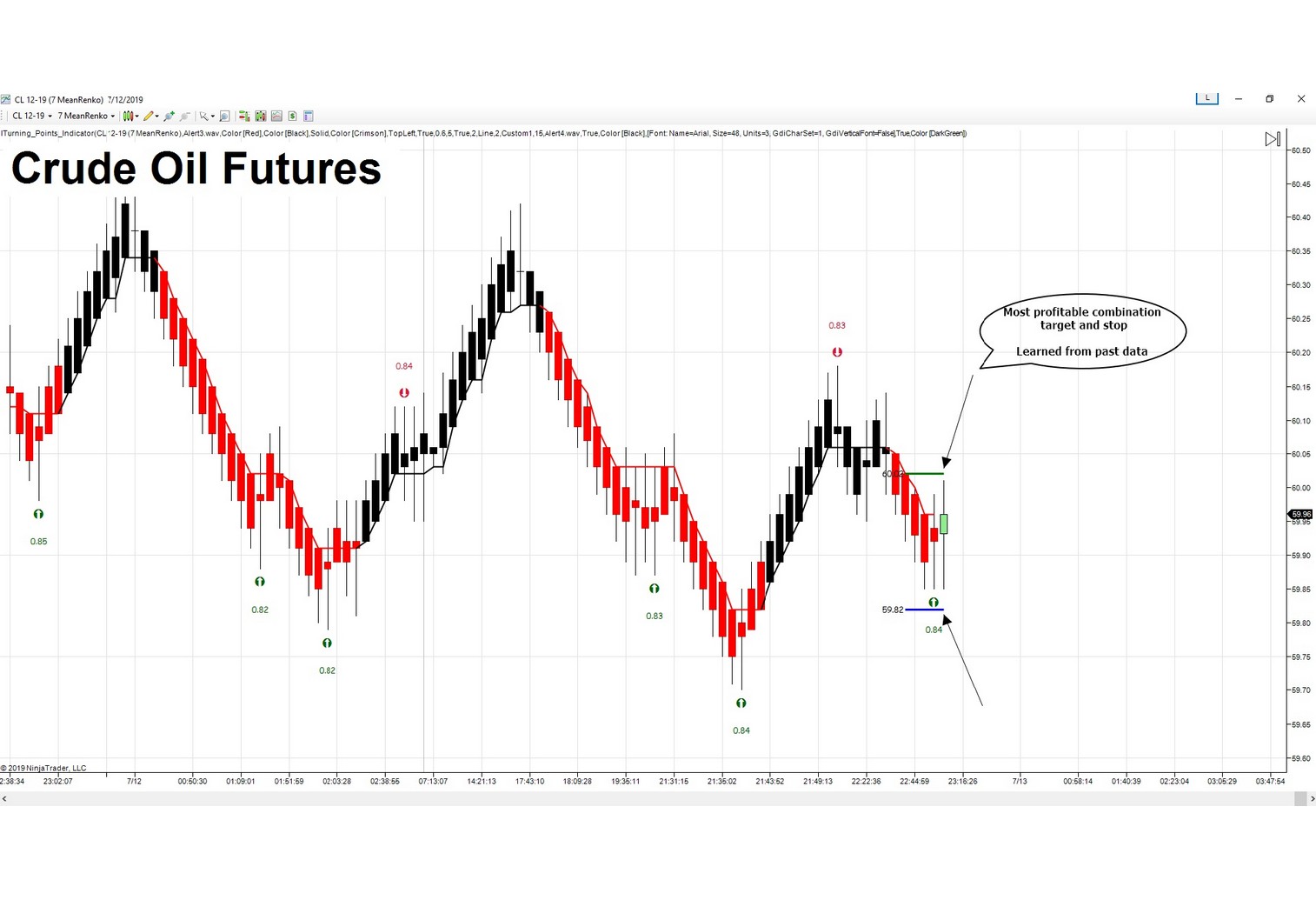 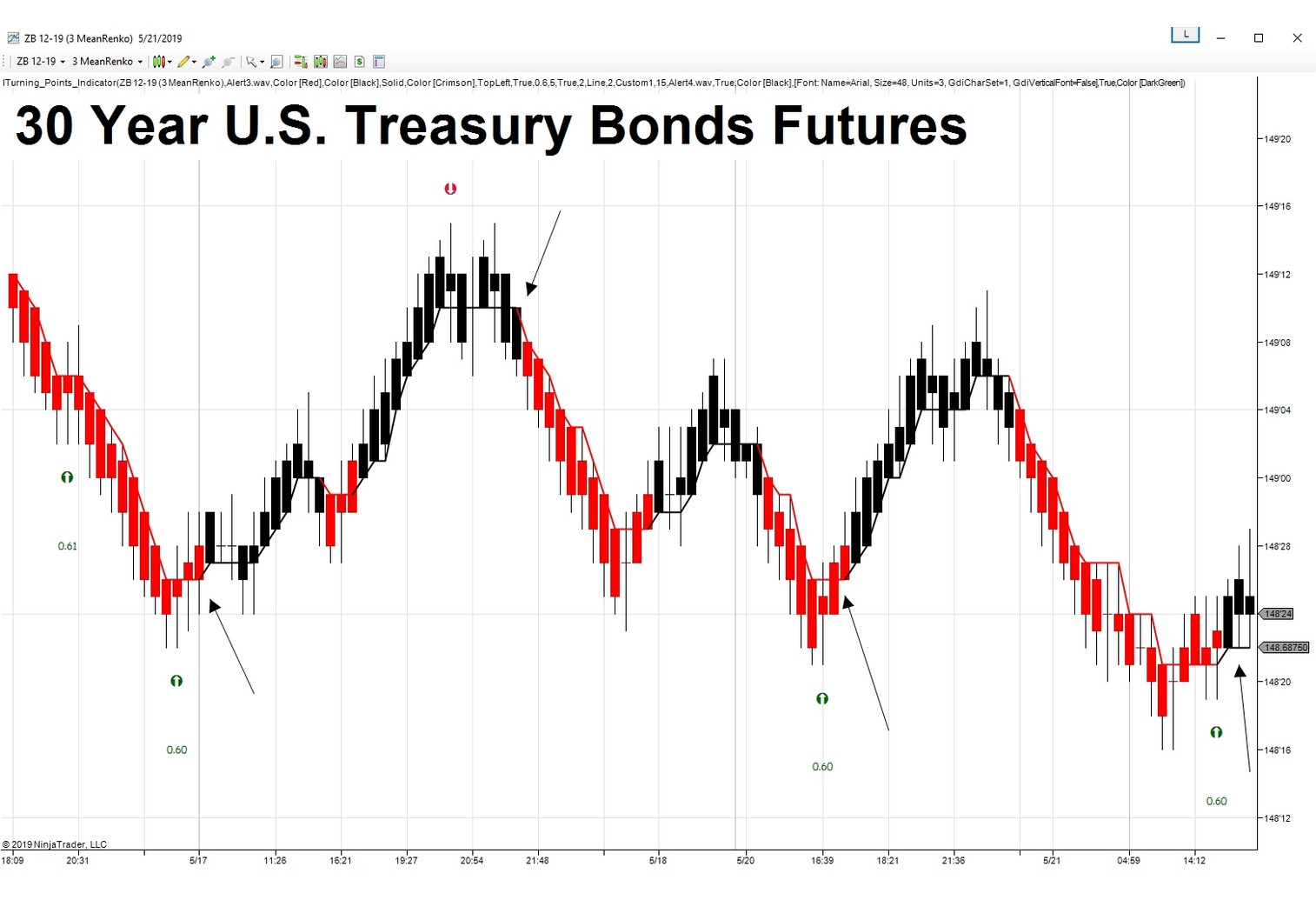 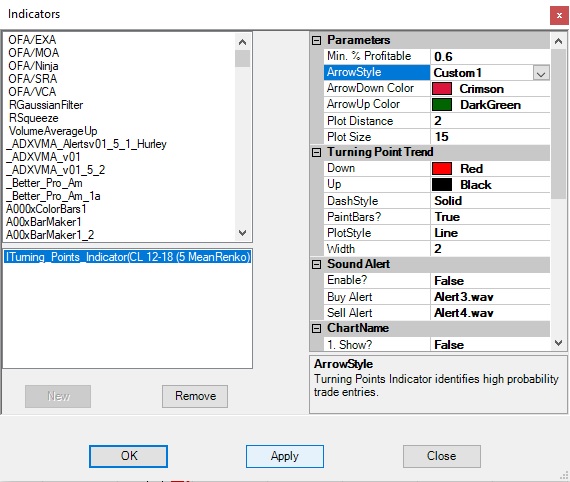 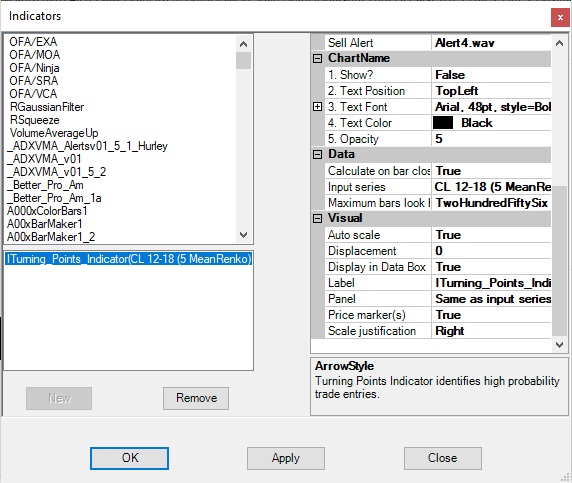 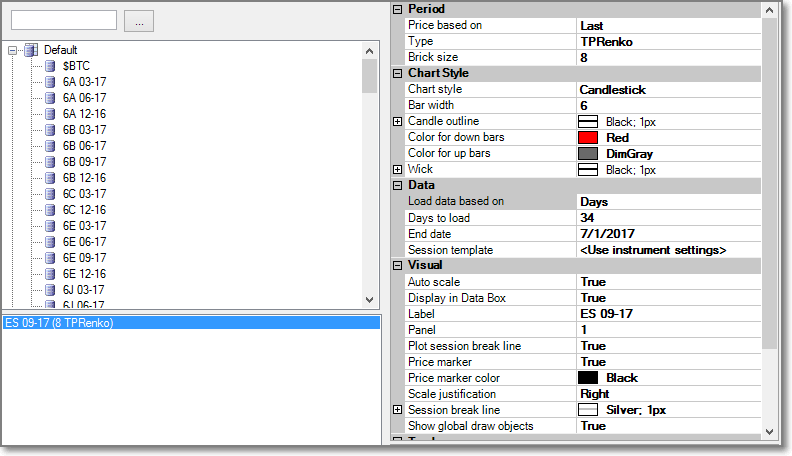